A Backyard Office,
Delivered to Your Door

Give yourself a quiet place to work with a mini office next to your home - a pre-built backyard office, delivered fully assembled to your curb-side.

Work without the distractions of being at home. 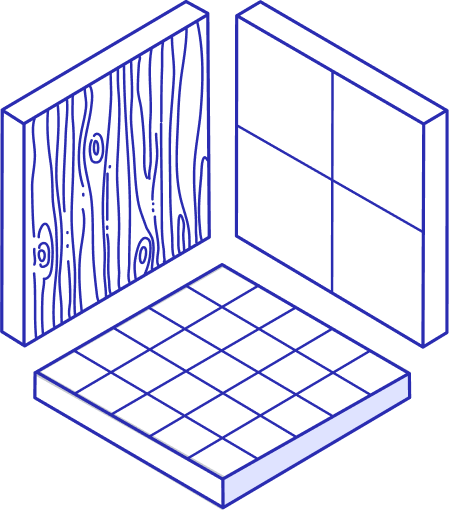 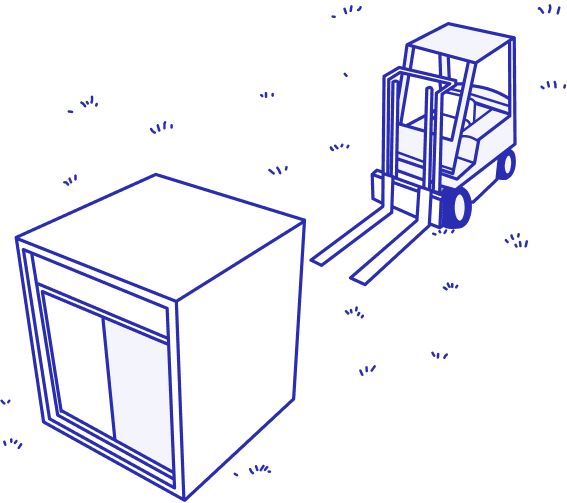 Get your office delivered to your curb-side, fully assembled. We do it all so you don't have to worry about added costs or frustrations. 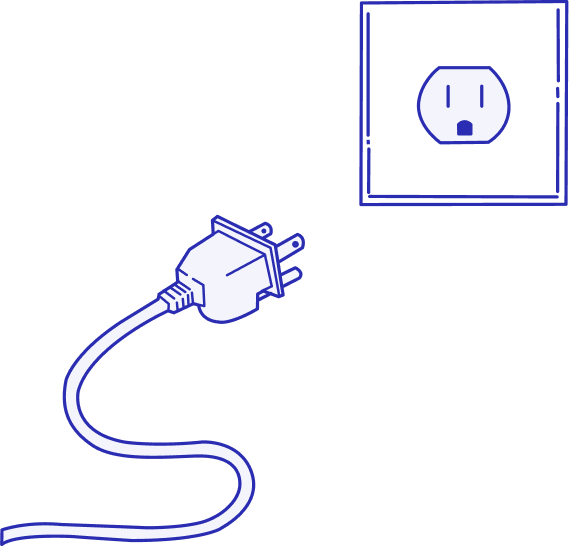 Move your mini-office anywhere; just plug it into a power outlet to activate your work station.

Award winning architecture, in your backyard 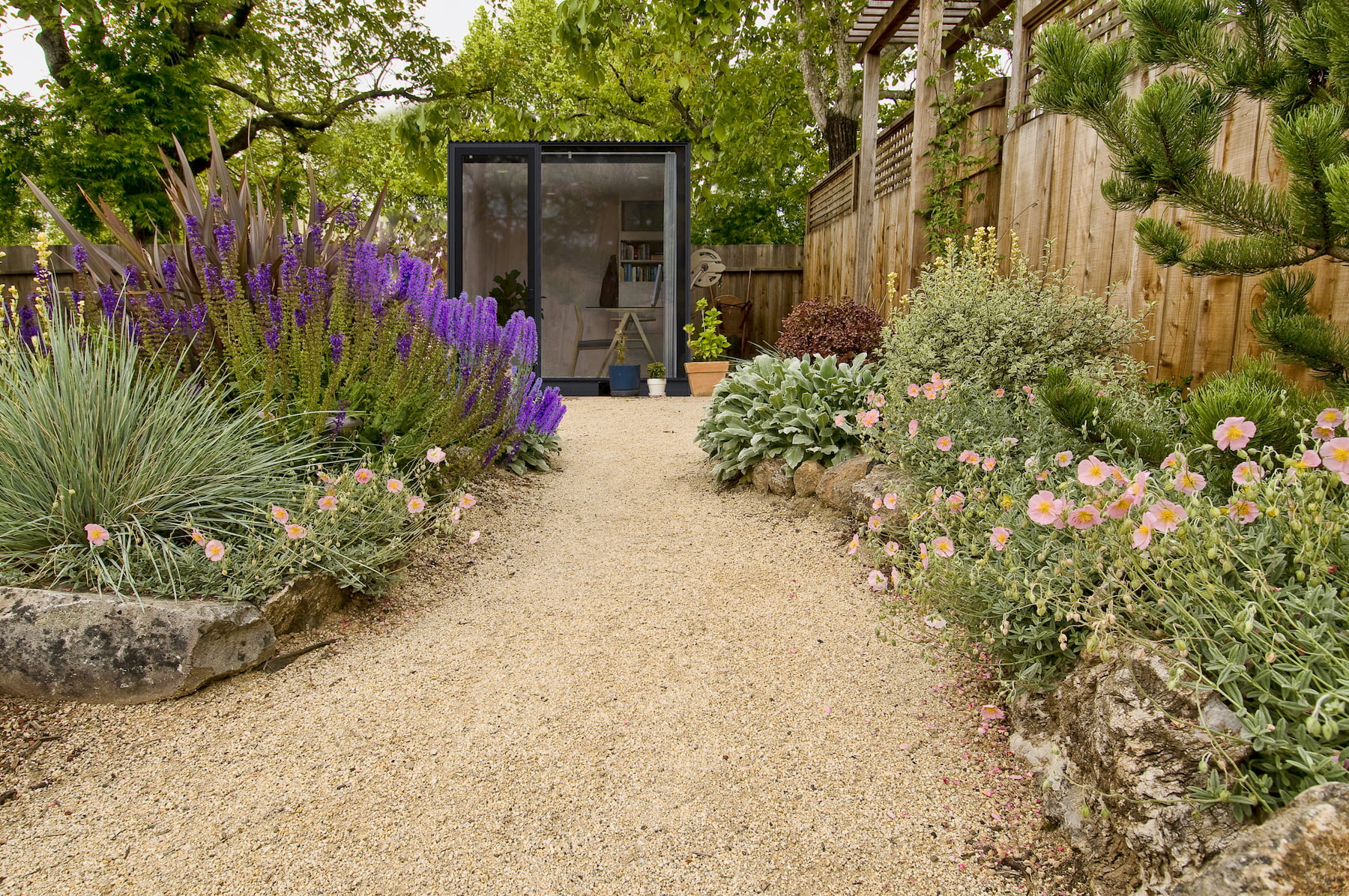 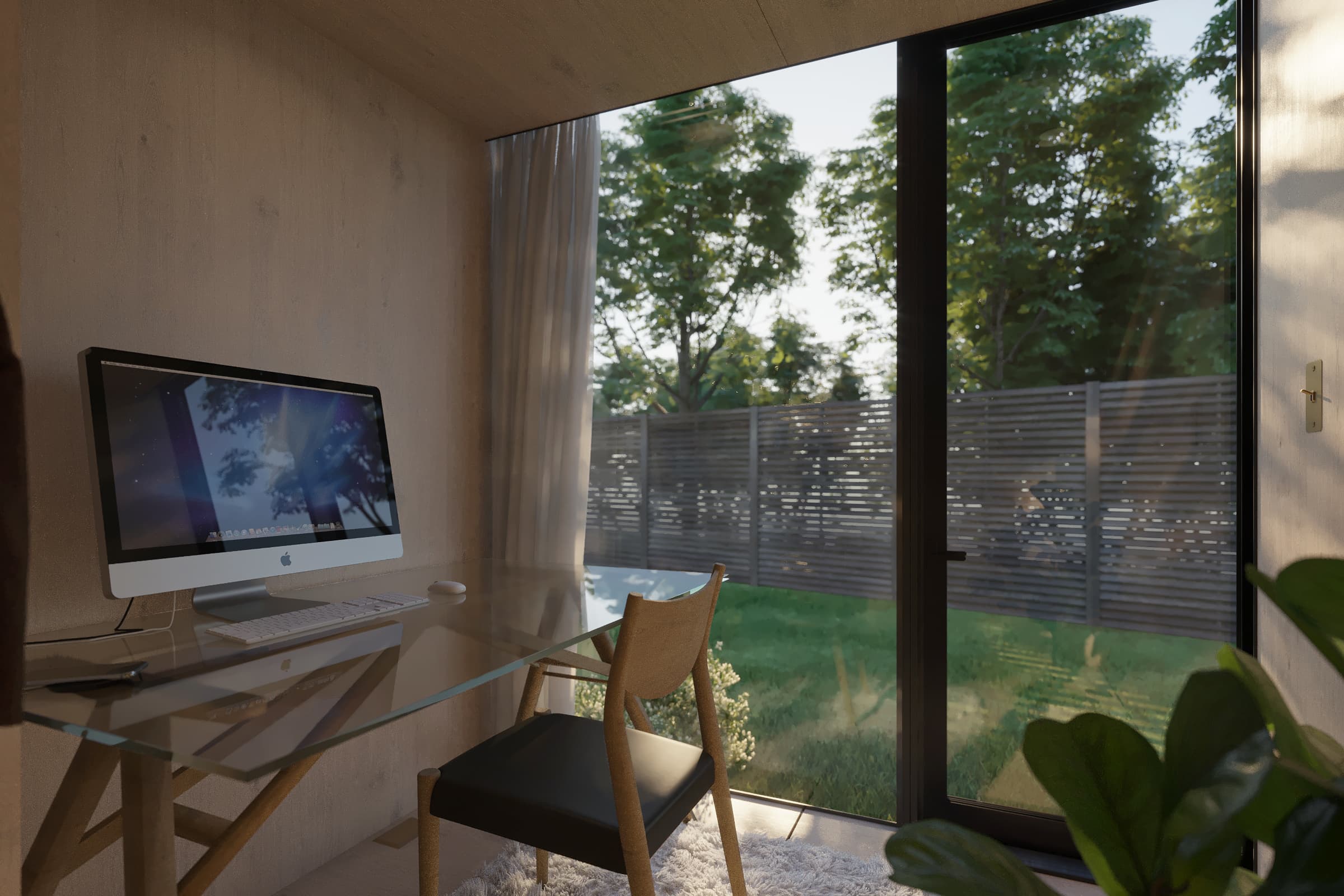 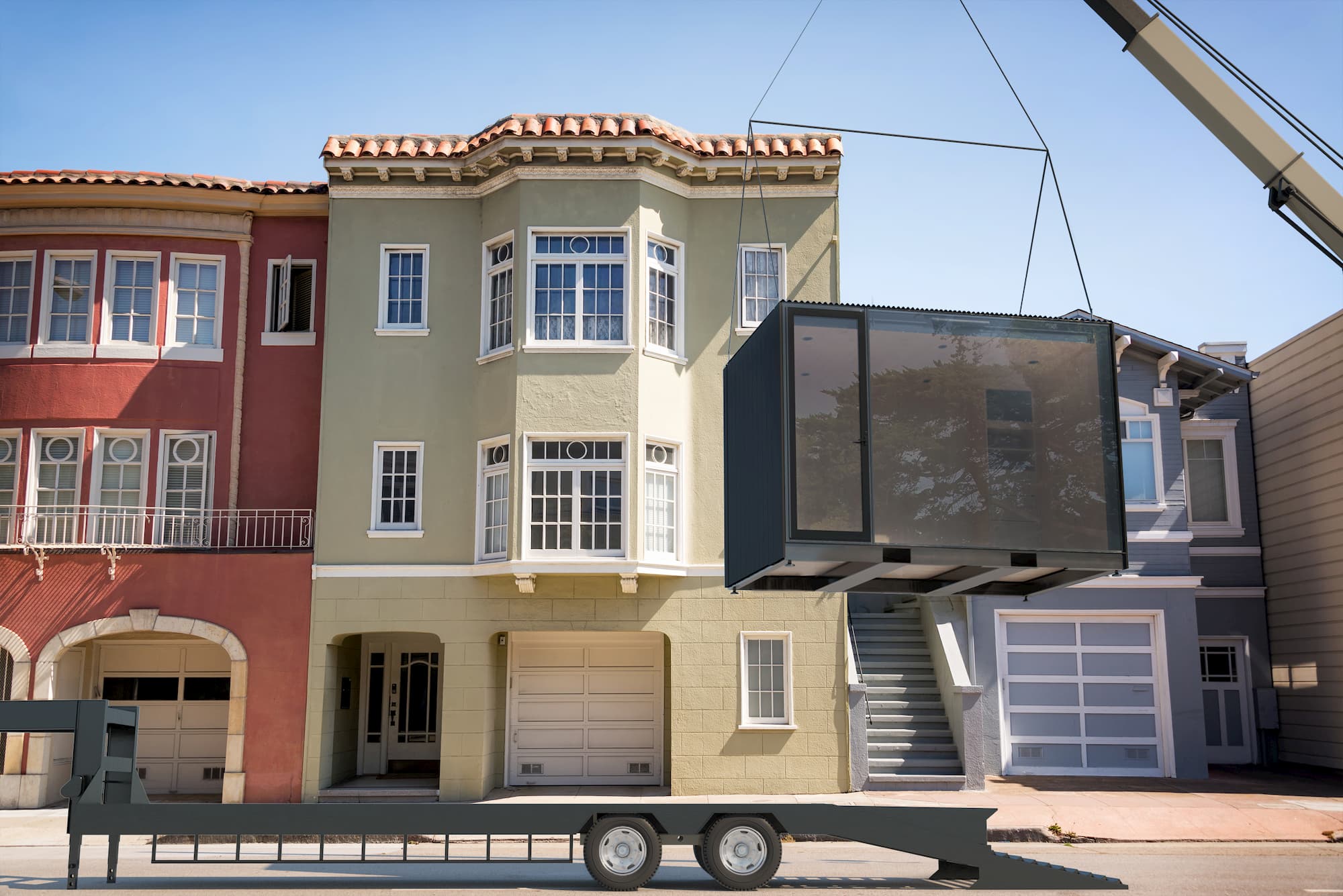 Who's behind this?
25+ Years of Award Winning Architecture

Benjamin Hall of Benjamin Hall Design has been making nationally recognized architecture since 2011. His specialty of micro design most notably on display with the creation of White Stone Studios and White Stone Flats.

His Phoenix-based design practice is committed to the lost profession of master builder, one who can perform both design and construction tasks. The mini-office is the latest of his projects, and another example of the impeccable design and functionality integrated into a small space.

Mikhail began his career in Phoenix, where he co-founded Asteriskos, a digital fabrication and visualization company. The firm served multiple companies such as The Museum of Contemporary Art, AEG, and Best Western. Mikhail then moved into Research and Development within the furniture industry, where he facilitated the launch of multiple new product lines. Mikhail holds a Masters of Architecture from The Southern California Institute of Architecture (Sci-Arc) as well as a Bachelor of Science in Architecture from the University of Buffalo.

The work of 180 degrees is built on the principles of restraint, rigor, craftsmanship, and patience. as an architect-led design-build ﬁrm, our work has been published worldwide showcasing the design and construction of unique architecture and space. Their experience, as both practicing architects and general contractors, gives 180 degrees a unique insight into developing one-of-a-kind architecture. 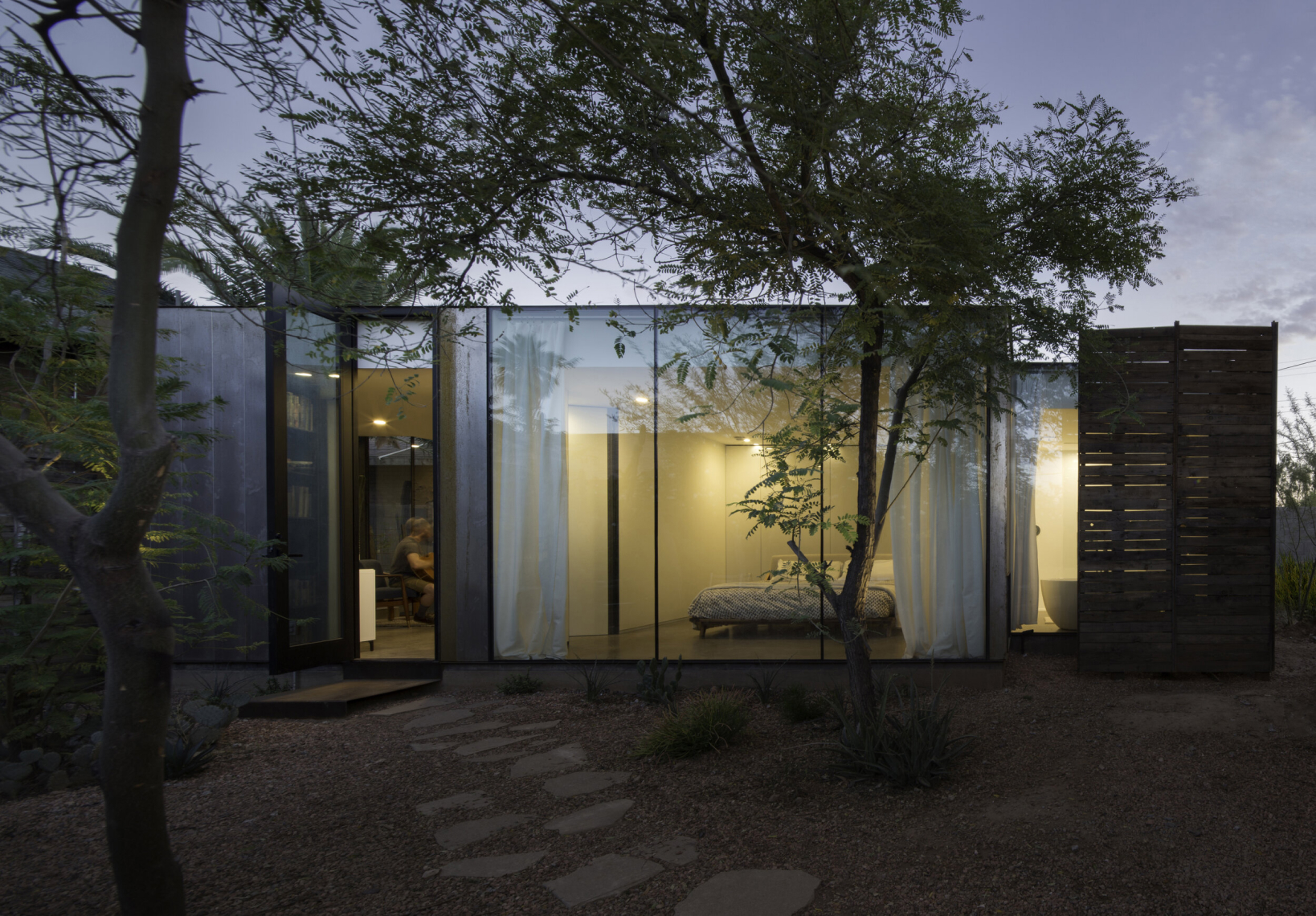 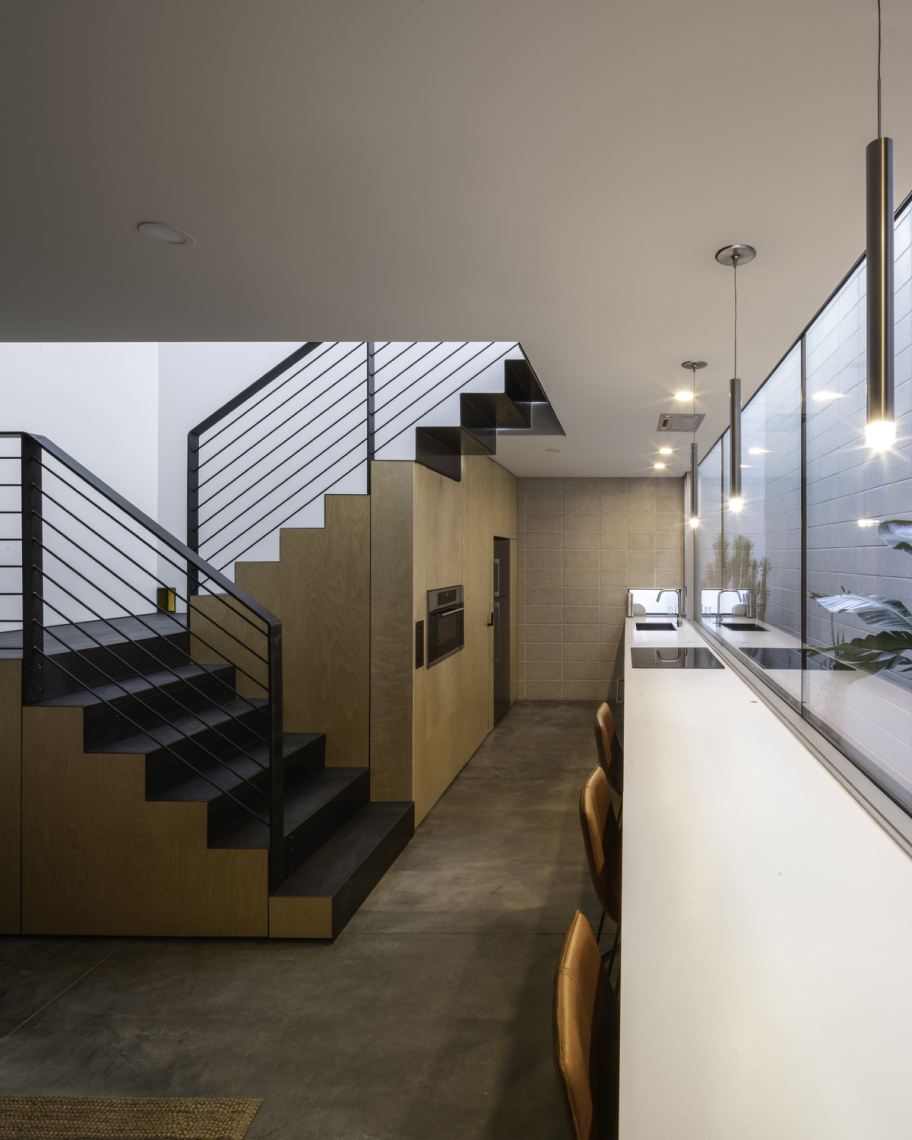 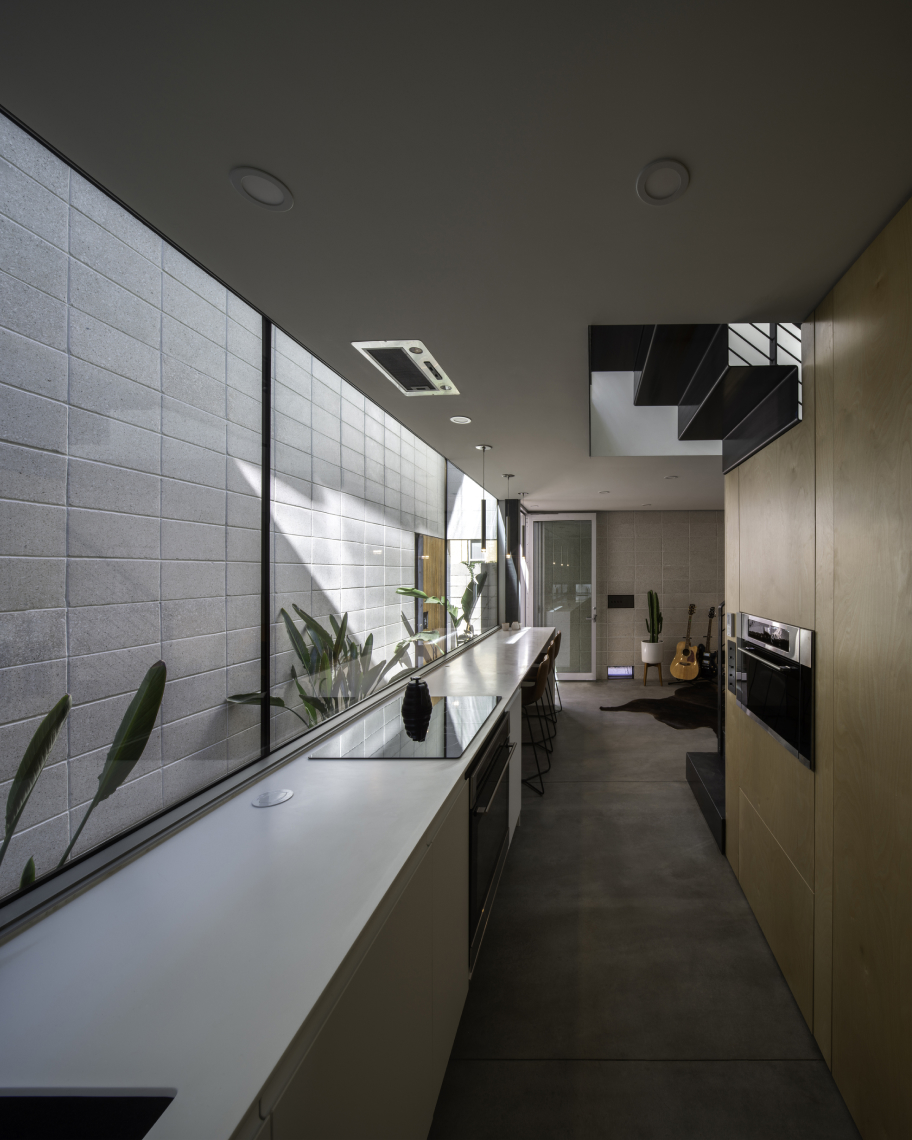 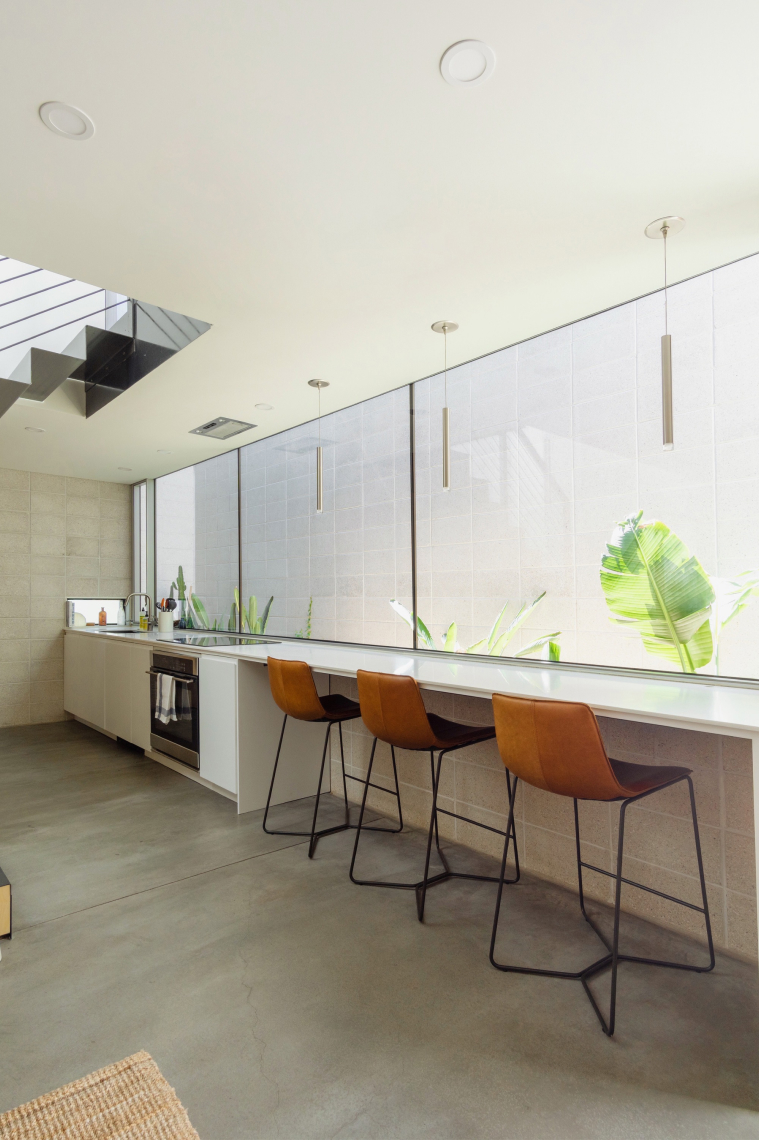 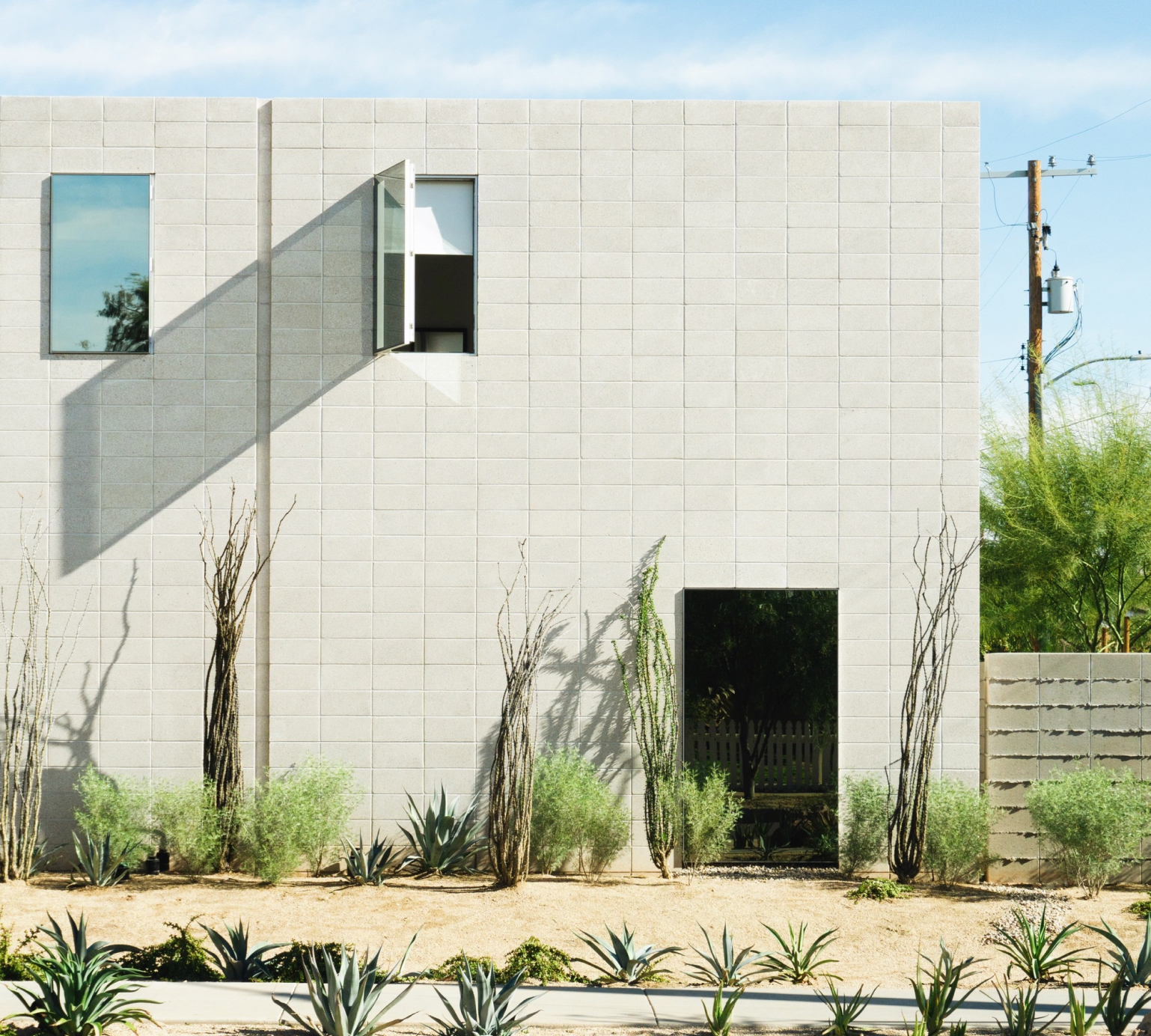 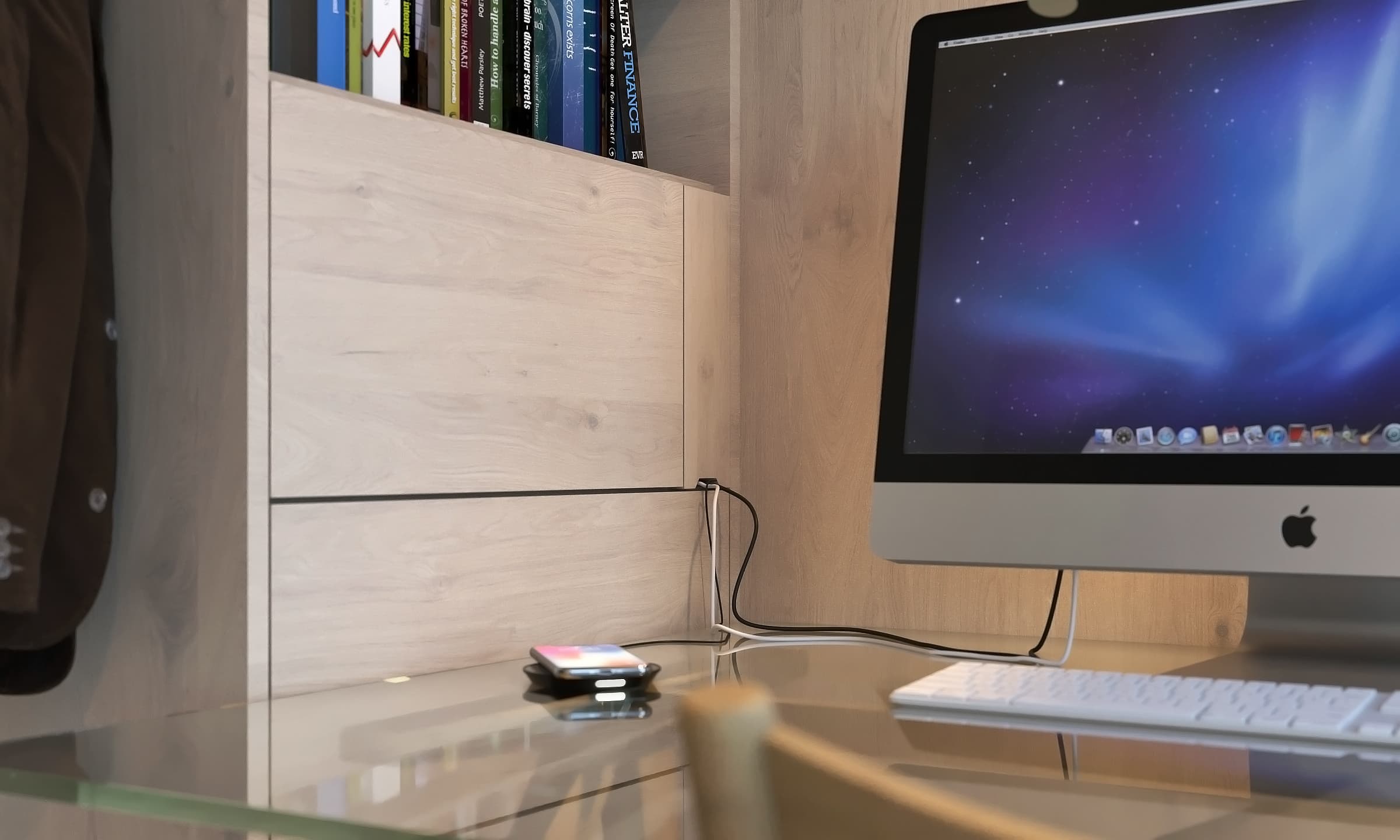 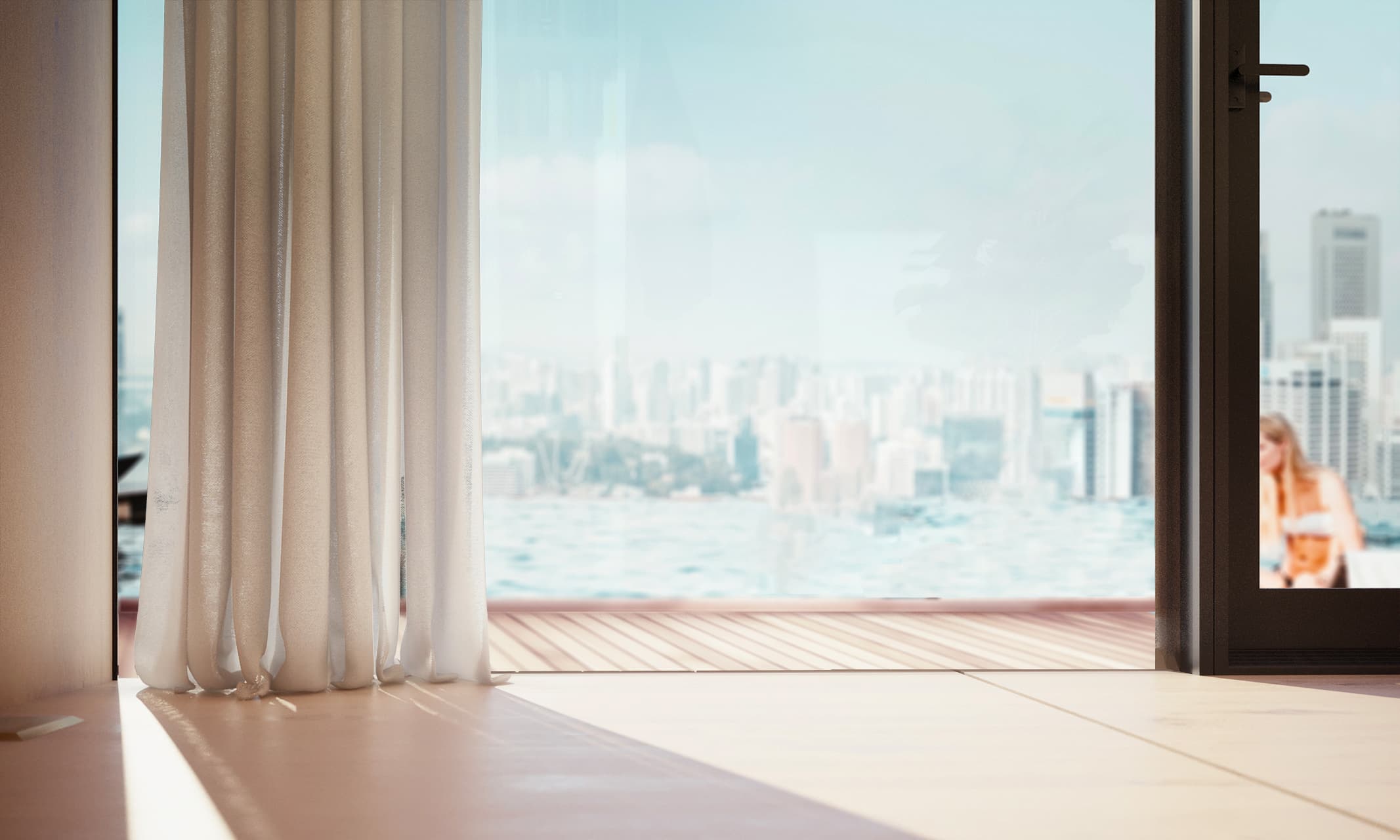 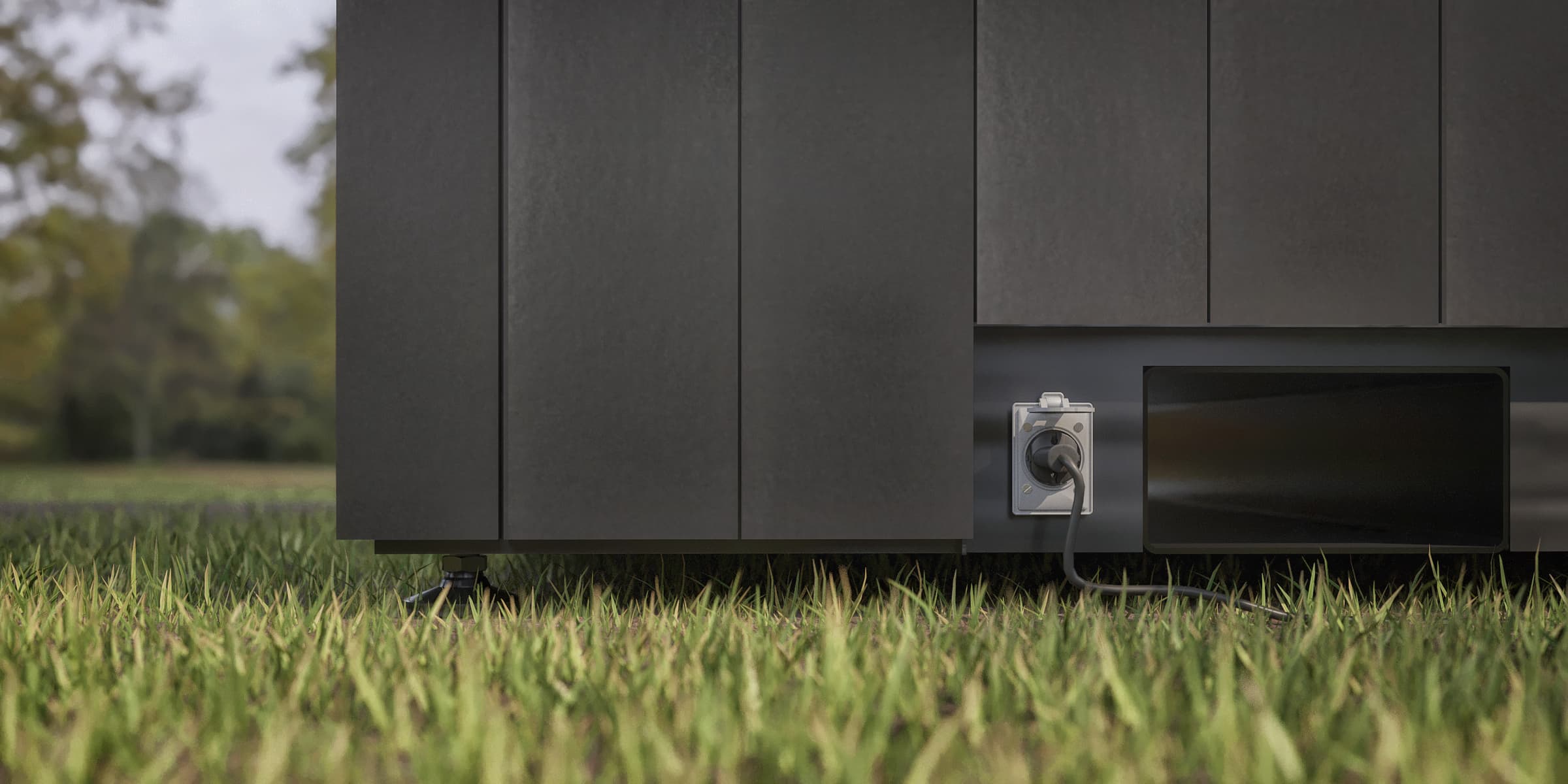 Dwellito launched the Mini-Office in April of 2020, in response to COVID-19. Through a partnership with the Award Winning Designer Benjamin Hall, and the award winning Construction Team 180° Designs, the product embodies both Architectural elegance combined with superior quality in the latest modern construction methods. By bringing the best of construction and architecture, we're able to stand behind our Prefab Offices as we know you will experience a remarkable environment for work.

We'll be contacting you through email shortly
Oops! Something went wrong while submitting the form.

What are the dimensions?

The mini-office comes in 3 sizes:

The interior height from floor to ceiling is 7'4" in every mini-office model.

What foundation is needed?

We recommendation (4) footings for model 64 and model 96 and (6) footings for model 112. Footing should be 18" diameter x 18" deep using specific concrete strength specifications. We will provide you those detailed specifications upon purchase but again nothing out of the ordinary. We recommend you have a “professional - licensed and bonded” contractor perform the work. We will be sure to provide a template of the exact location or each footing.

1. (4) spread footings: It’s as easy as digging (4) 18" diameter x 18" deep holes like you would if you are planting a plant. But instead fill that hole with self leveling concrete from your local hardware store.
‍
2. Pre-manufactured concrete piers: Just make sure it’s 18" thick and and placed on site as level as possible.

3. Slab foundation: This might be ideal if you want this thing to be permanent someday or desire to get our product safely off the ground to avoid rusting from cycles of rain and snow. This is a bit overkill and not for everyone.

The Mini-Office comes with adjustable legs on the undercarriage that can be adjusted with a wrench, so the craft doesn’t have to be perfect on the foundation.

Dwellito launched the Mini-Office in April of 2020, in response to COVID-19. Through a partnership with the Award Winning Designer Benjamin Hall, and the Award Winning Construction Team 180° Designs, the product embodies both Architectural elegance combined with superior construction quality. By bringing the best of construction and architecture, we’re able to stand behind our Prefab Offices as we know you will experience a remarkable environment for work.

What is a modular office?

A Modular Office is one that is fully built offsite (not on your property) and arrives already complete. This means that the day you get your office delivered is the day you can move in. Modular offices require a crane of a forklift to place the unit in your backyard.

Do I need a permit?

In most municipalities, you do not need a permit for a structure that is under 120 square feet. That said, it varies city-by-city so we recommend you calling your residential permit department for your city and ask about the allowances. If you need help knowing what questions to ask, we can give you a hand.

Made-to-order means that we make your mini-office once you order it, as opposed to having multiple offices in inventory.

Where do you ship to?

Currently, we ship to the US and Canada. If you live in a remote location where there are no roads accessible by truck, we most likely will not be able to ship to that location. In certain special circumstances, we can deliver the unit by helicopter.

Dwellito is a modular home marketplace that helps the process of finding and buying a prefab home online. We partner with manufactures to find the best product at the best price. We believe in making great architecture affordable with prefab construction.

How are these made?

The mini-offices are made in a warehouse. They are fully assembled in the factory, including electrical, roofing, walls, and flooring.

How does the delivery work?

After the units are prebuilt, meaning they are built in a warehouse and shipped fully assembled to your curbside. The office is securely packaged and shipped on a flat bed truck.

What heating and cooling unit is used?

The mini-office has an optional Air Conditioning wall unit that can heat or cool your office. We have designed this AC unit to be hidden in the wall and easily accessible from the back (exterior). The AC unit comes with a remote to control the temperature.